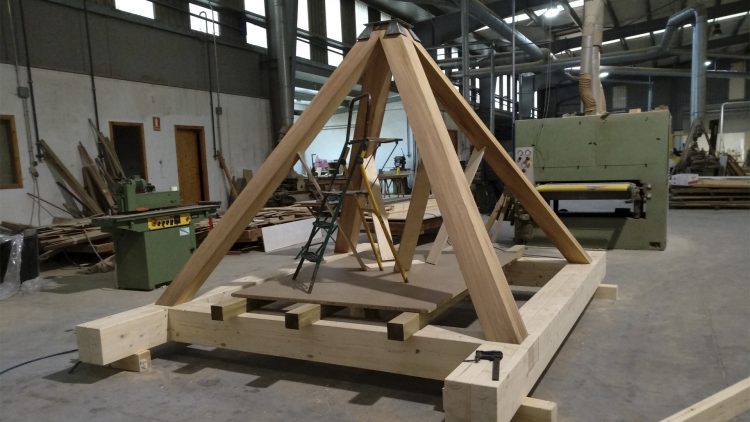 ubuild, a way of thinking

Ubuild is not only a construction system where there are direct structural unions between wooden pieces produced industrially. Ubuild is also a form to focus special structural problems, for example the supporting structure of the part blown out of the house. We take 12 pieces of wood that are ensembled one to another through geometric forms, a when a weight is added to this structure, the pieces work as a unit, some with traction and others with compression, with total stability.

In this picture you can see two stainless steel pieces that serve  as transition between the house and the foundation. The lower stainless steel piece will be absorbed in the foundation leaving the upper plane at the same level as the  foundation. The function of this piece is to serve as a support for the four wooden columns that will support the part blown out of the house. In addition to this with its leaning planes it serves to replan in situ the position and inclination of the four columns. 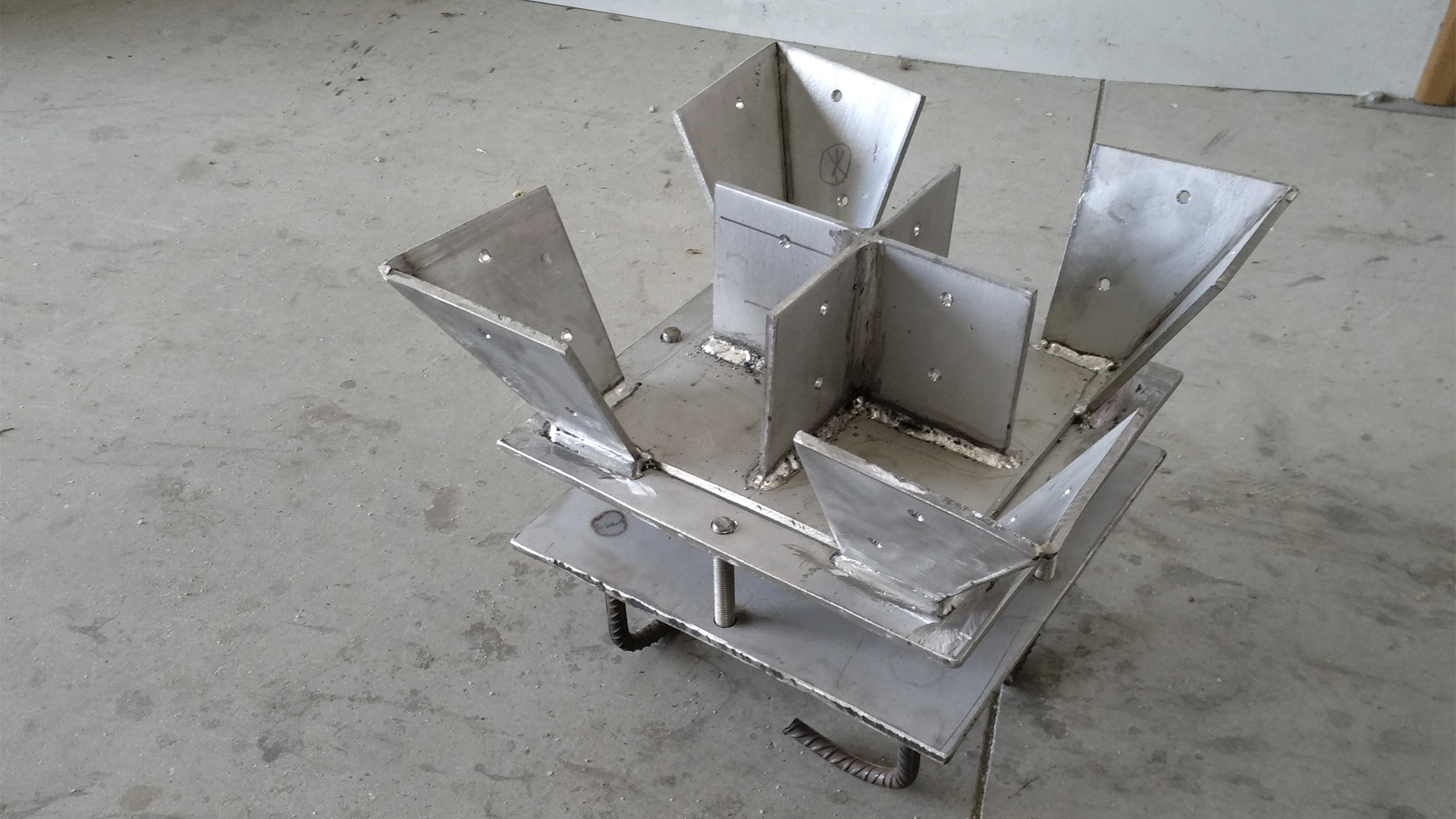 the columns, the lower part and how it is fitted in waiting plate

In this picture you can see the lower form of the columns which will fit in perfectly in the spaces that are reserved for them in waiting plate. The four columns will be fitted in and later they will be screwed in the metallic base although this is not structurally necessary. 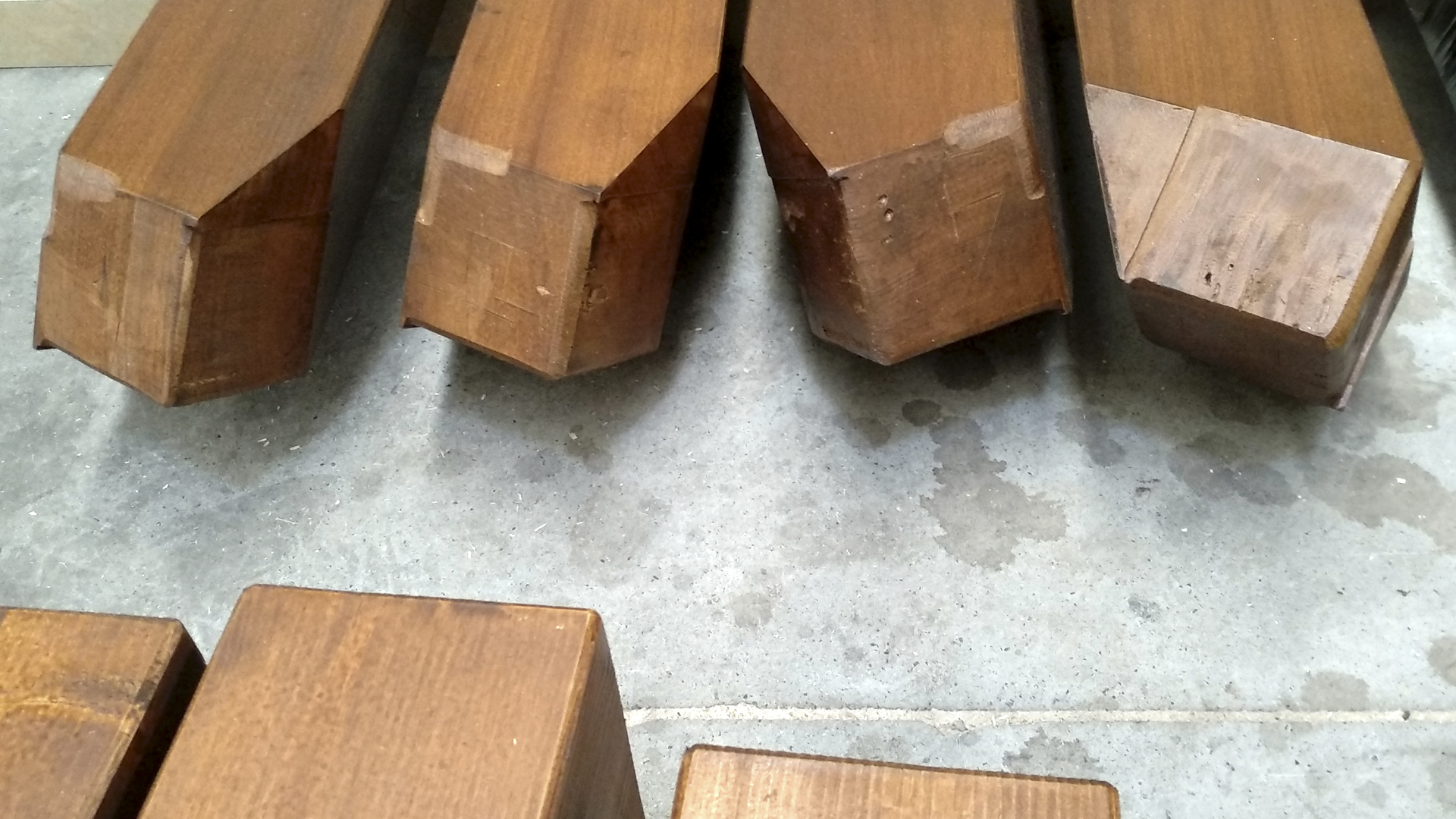 Here you can see how four columns fit in the metallic plate forming a perfect cross one with another. We can also see how the inclined metallic planes help a lot to replan the four columns when it is time to fit in the upper beams which the house is leaned on. 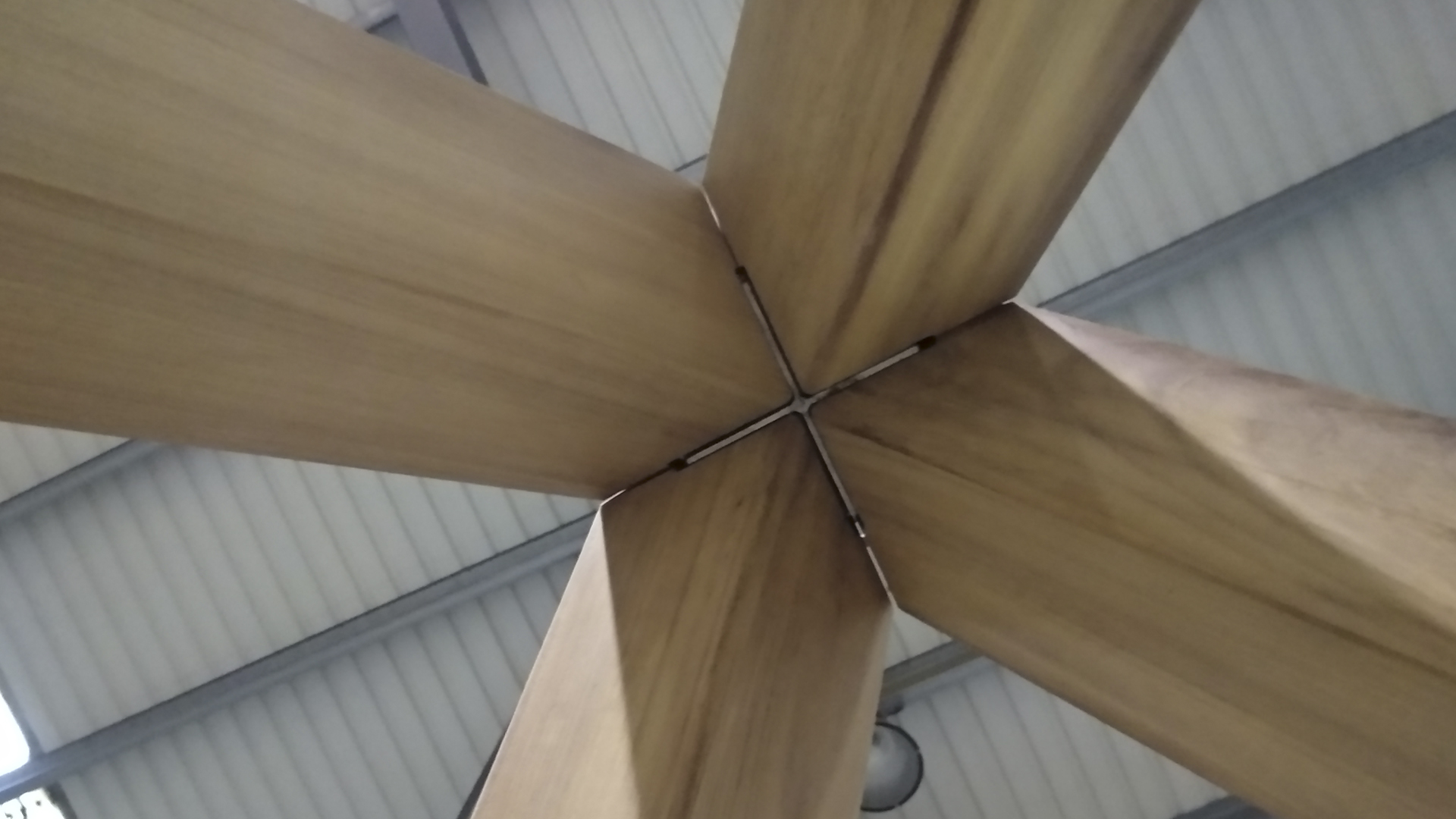 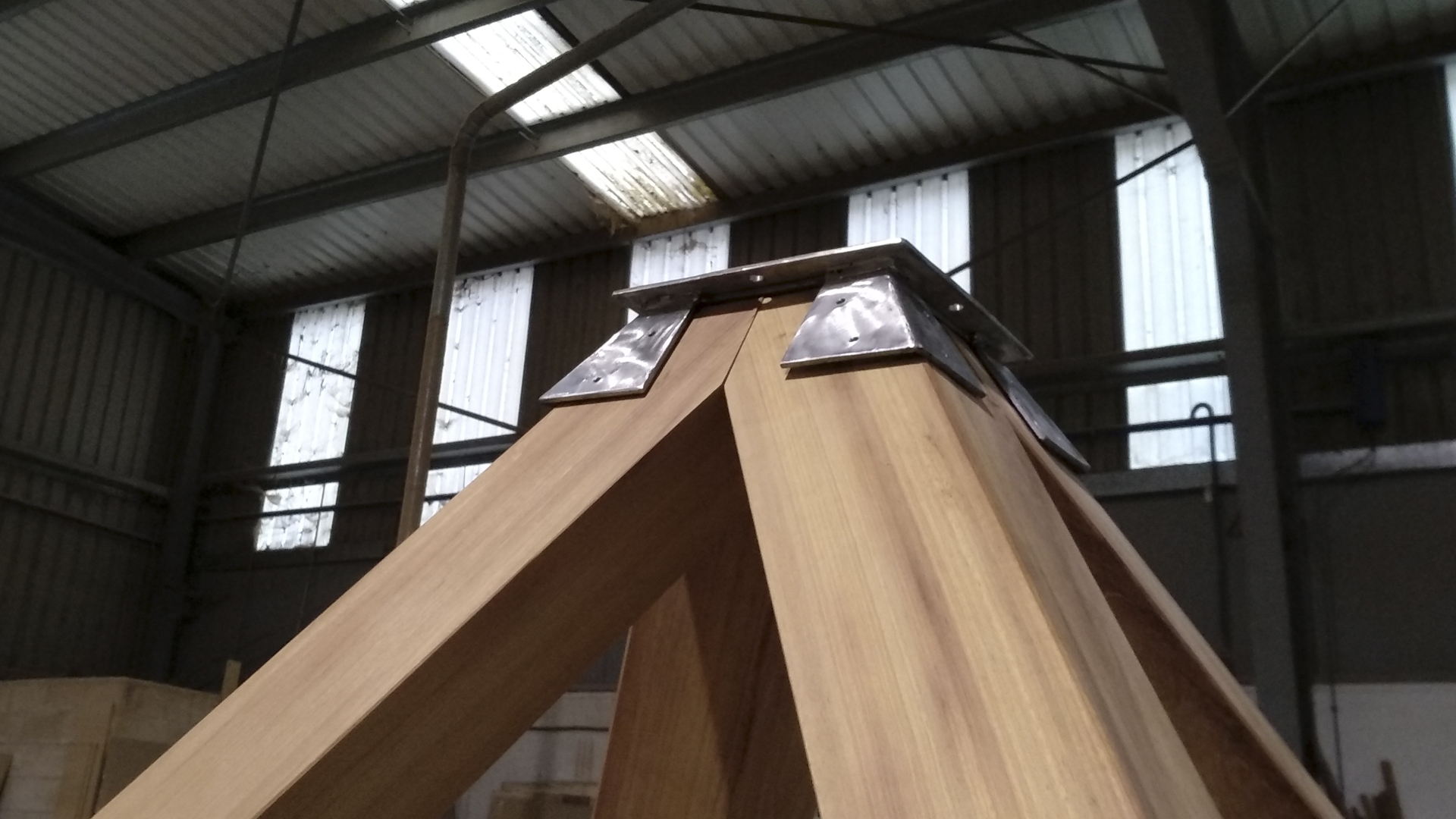 the columns, the upper part and how it is fitted in the supporting structure of the house

In the upper part the four columns must join together with the structure of the horizontal beams that the house is leaned on. The cubic forms that can be seen in the upper finish are those that will be embebed into the geometric forms which are in the lower part of the beams. This guarantees a perfect union above all when we work with the weight of the house. 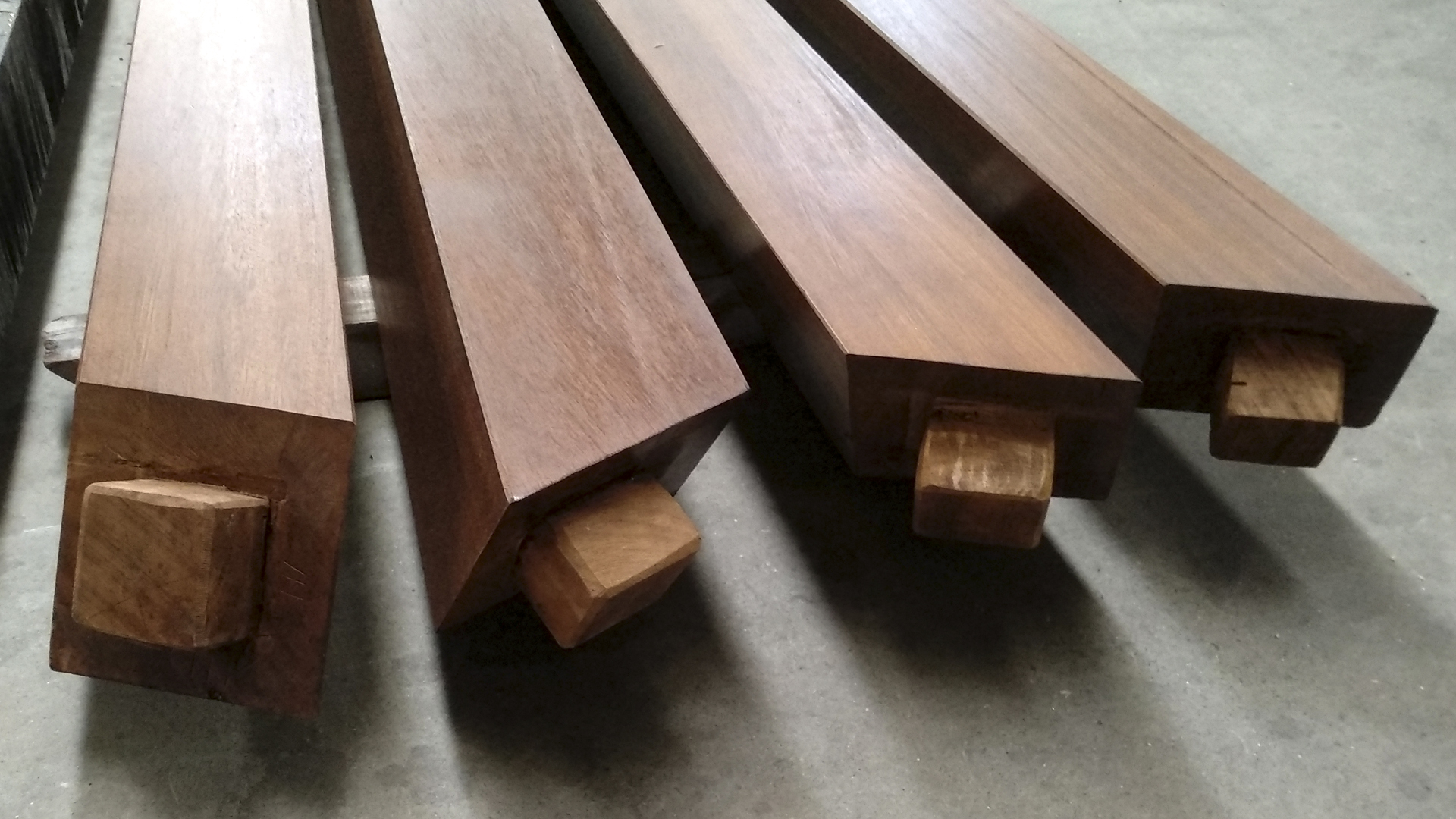 The unions must be perfect as we can see in the lower photos, since everything must fit in with accuracy. This guarantees that every union and finish will be as they were planned. 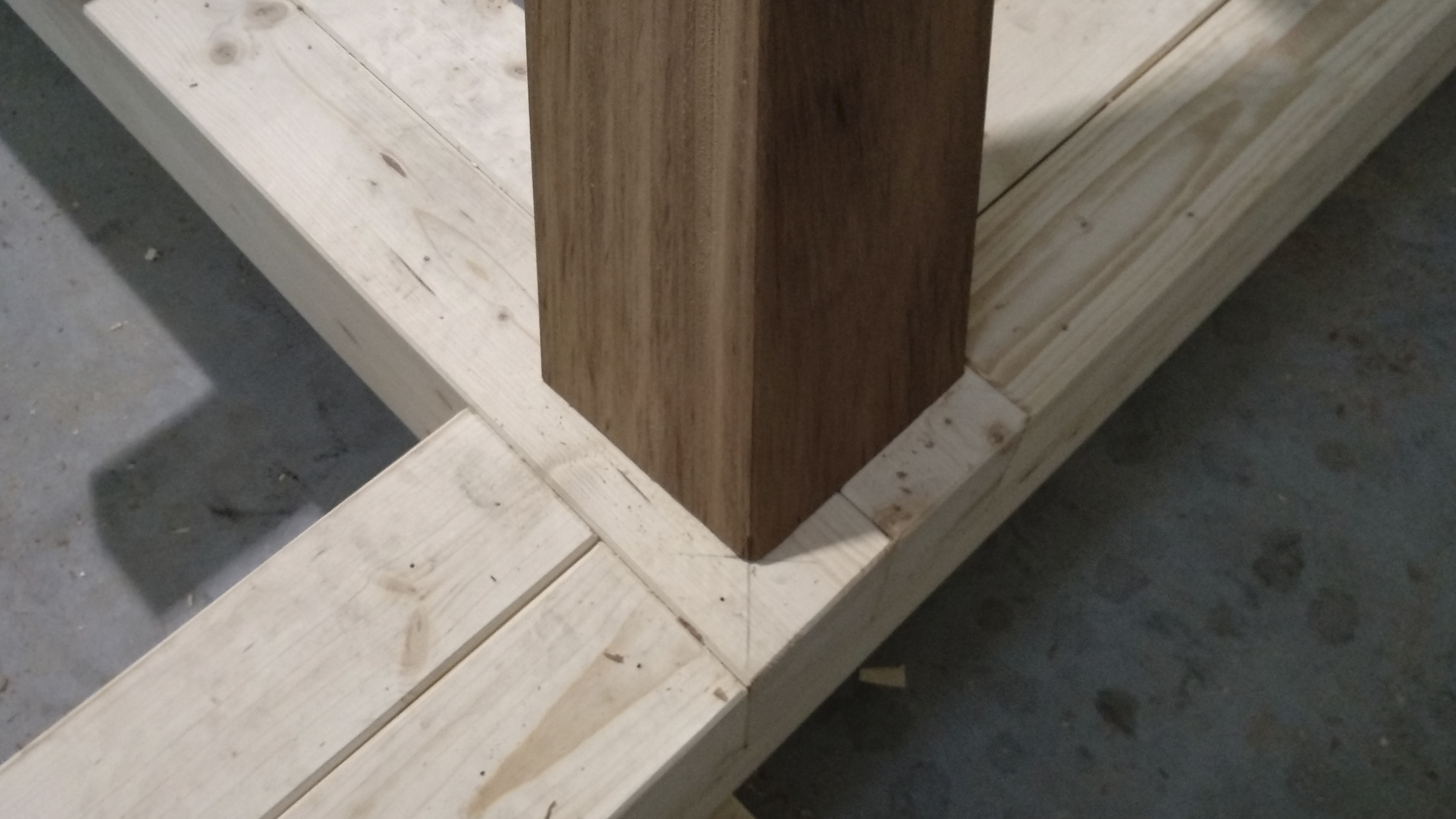 As you can see, instead of four beams there are eight horizontal beams over the columns. The reason for this is to reduce the weight of the pieces so that they can be handled by two or three people without a help of a crane. This approach can be found in all Ubuild designs. It is very important that the handling of all the pieces of the construction is easy. 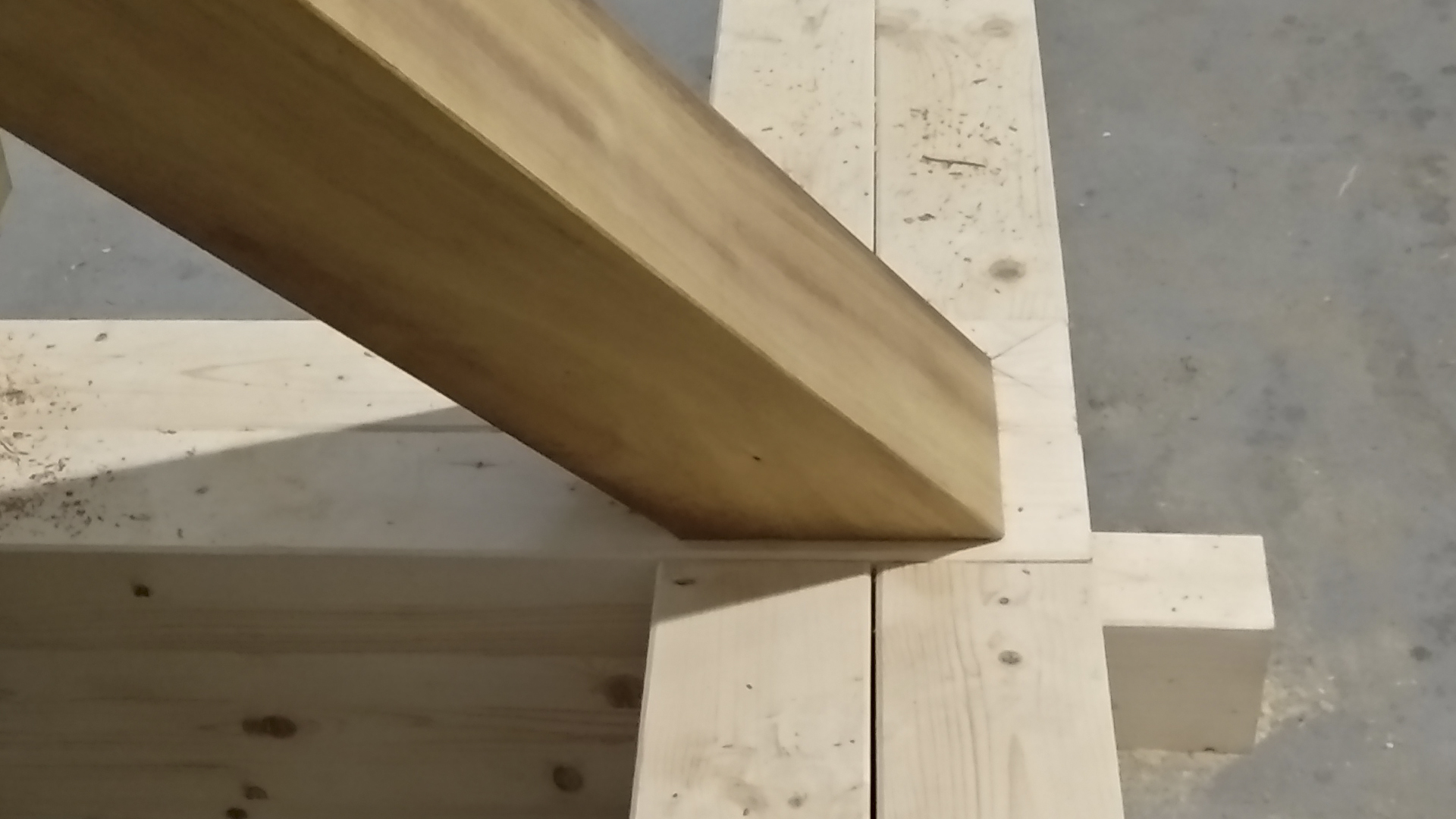 the complete structure to support the house

Now you can see the final result of all that was shown before. In the factory, pieces are mounted in an inverted form, but it will be complicated when this will be done in the land. The metallic piece helps a lot to support the columns while the upper beams are fitted in. 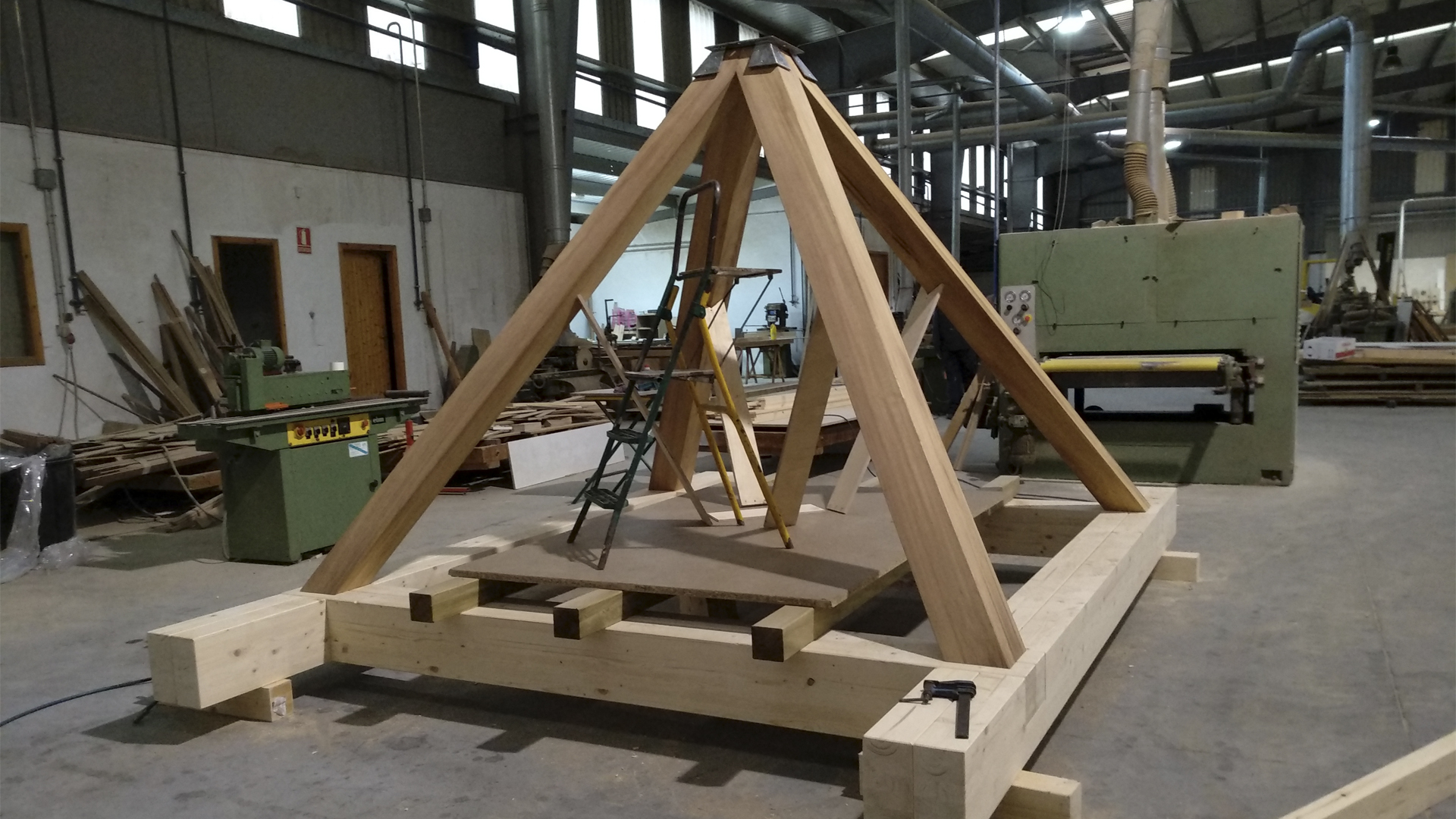 integration in the set

This structure will be integrated in the ensemble of  the house design, forming a part of the ensemble structurally and  aesthetically. The house begins leaning on stone walls, those stones have been in the place during many years. When the land bends downwards, the hoouse stays up over this structure so that the wide valley can be contemplated. 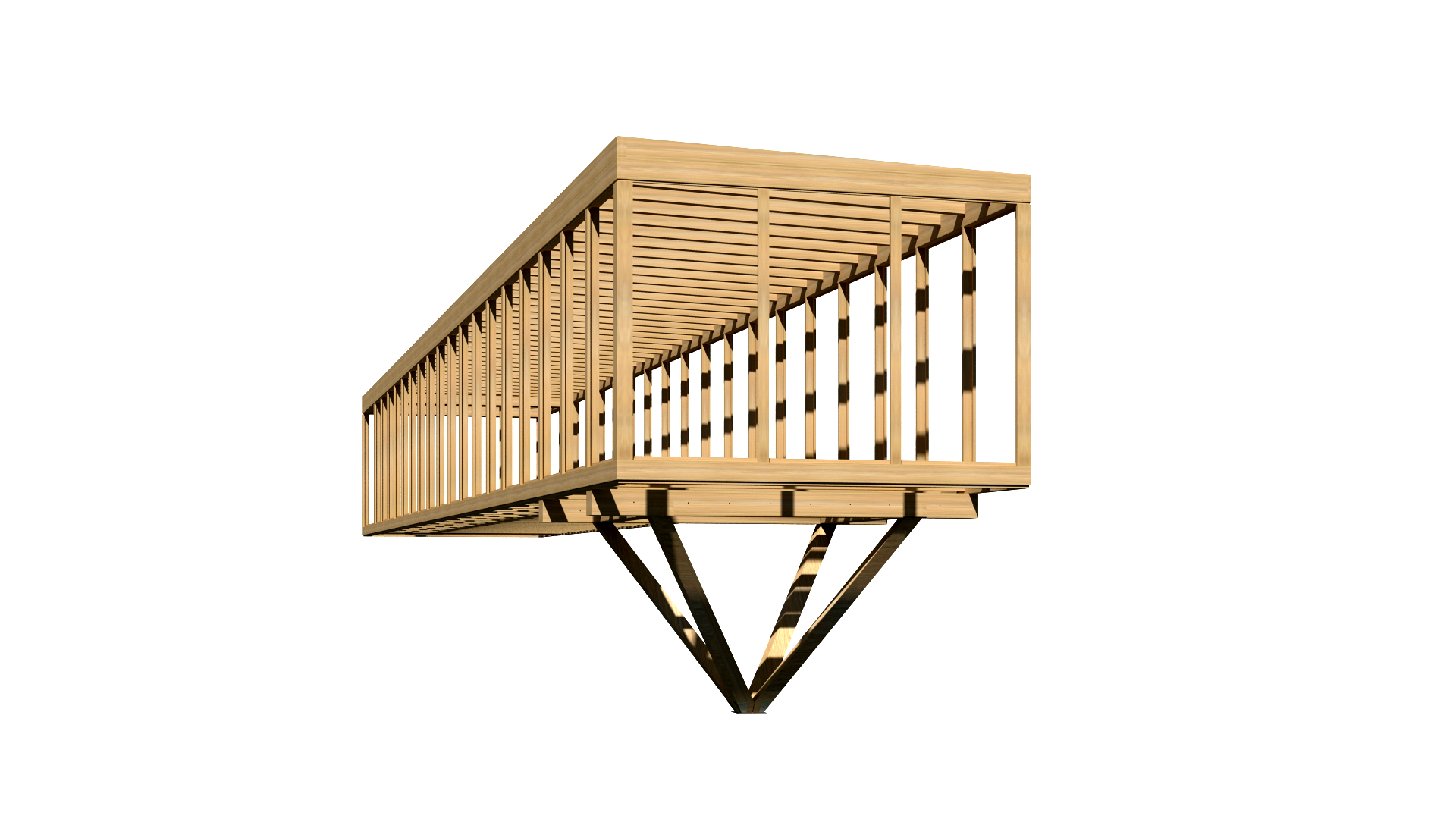 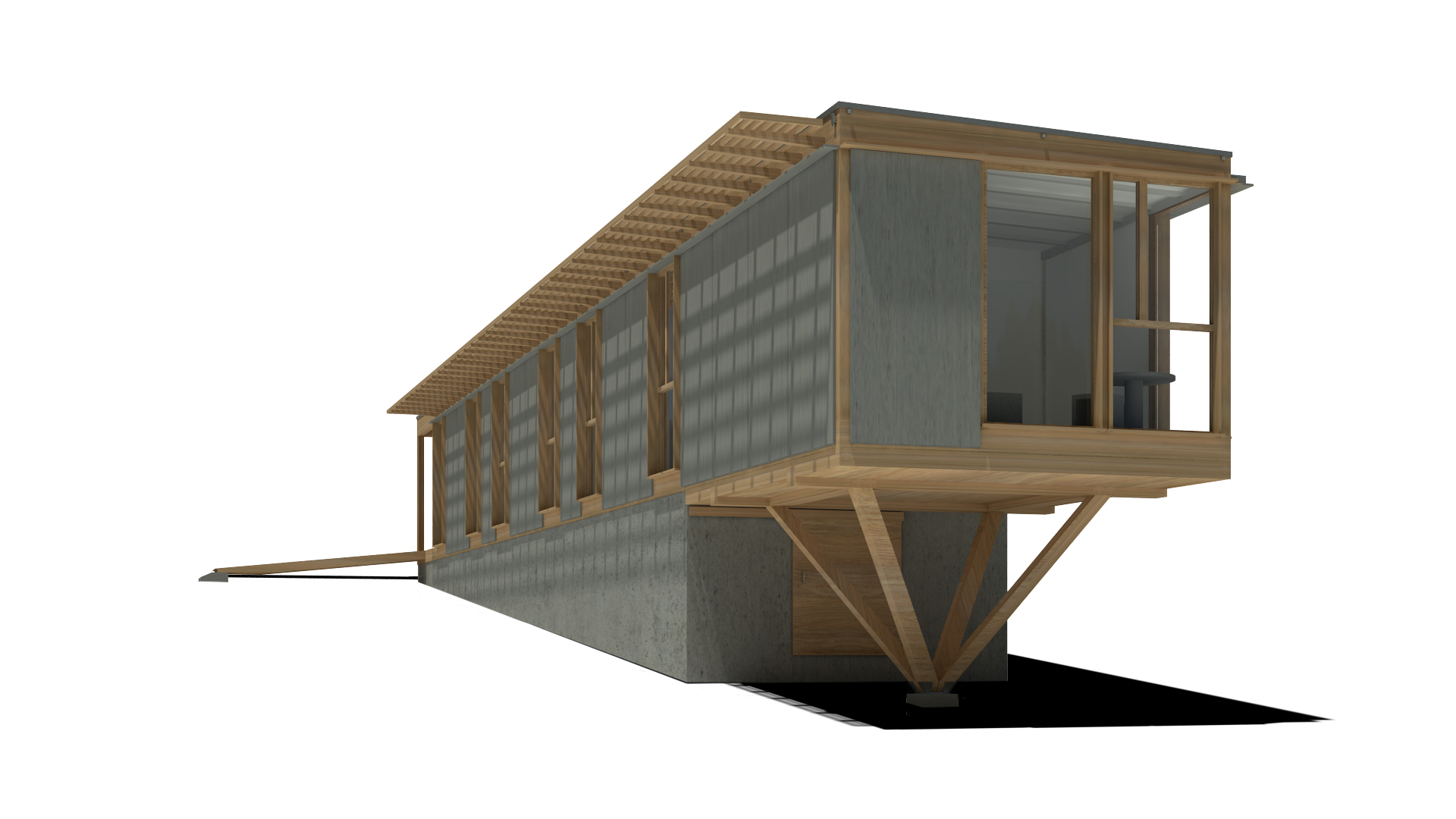 In turn the house will be part of its environment because it was a part of it already when it was conceived. Its interior funtioning will help to maintain many elements in the land which makes it unique and their own for the people who will live in it. But it is another story which will be explainded later on. To be continued…