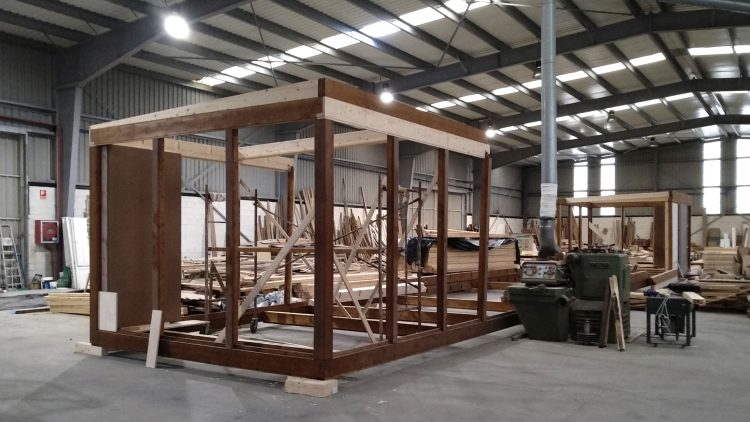 Once the structure has been produced, we mount it entire inside the factory. Although beams and pillars must fit in perfectly, we must check that there are no maladjustments. In the photo below we can see how all the beams of the base are mounted and also a part of the two corners of the house. 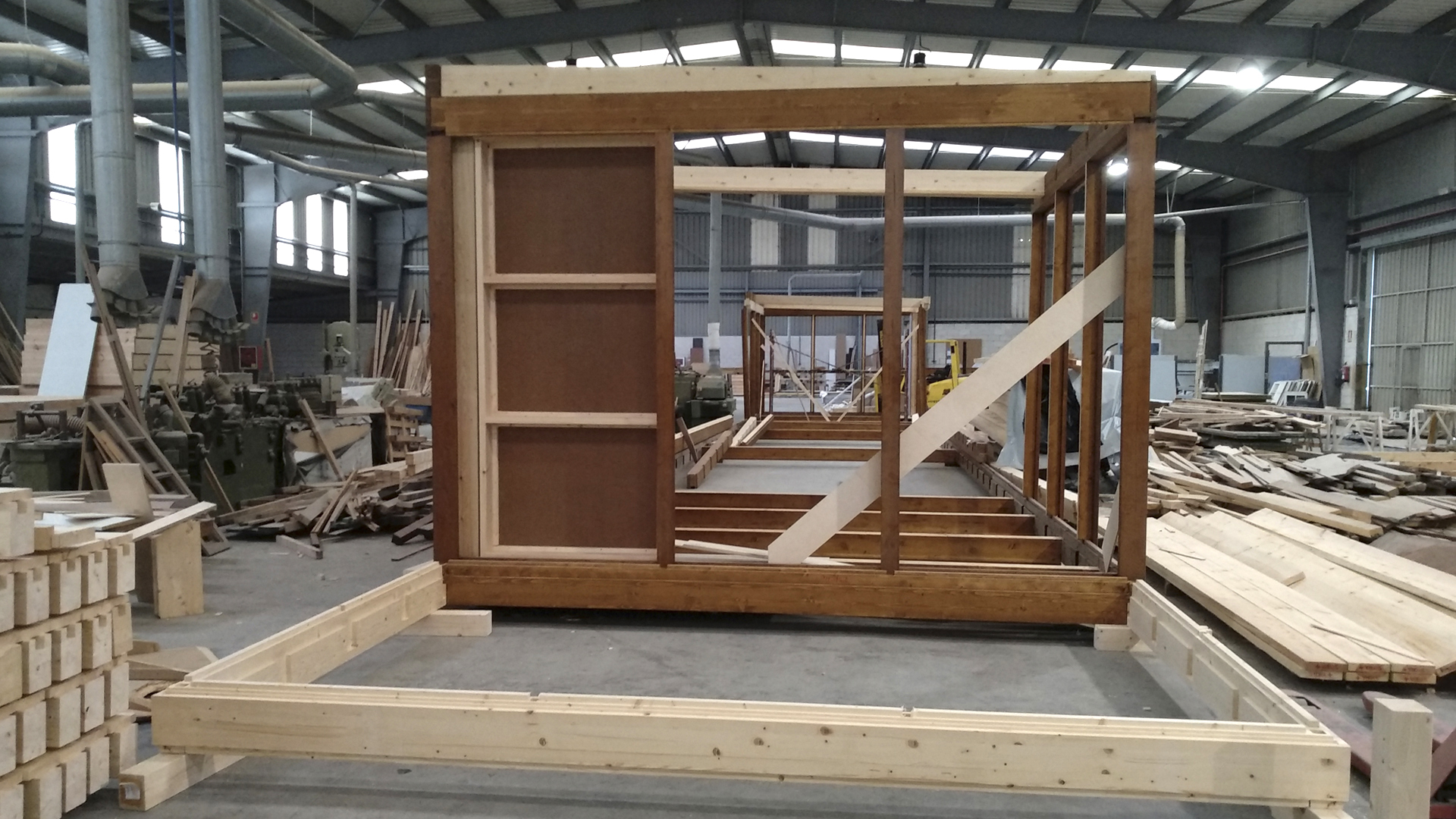 The interior module of the facade must fit in between two pillars and the beams of the floor and ceiling. In the photo below an operator is checking that the substructure of the module fits in millimetrically in the structure. You can see a module on the floor. This module will be placed between the floor and the ceiling. The smaller module will carry a windows over it. 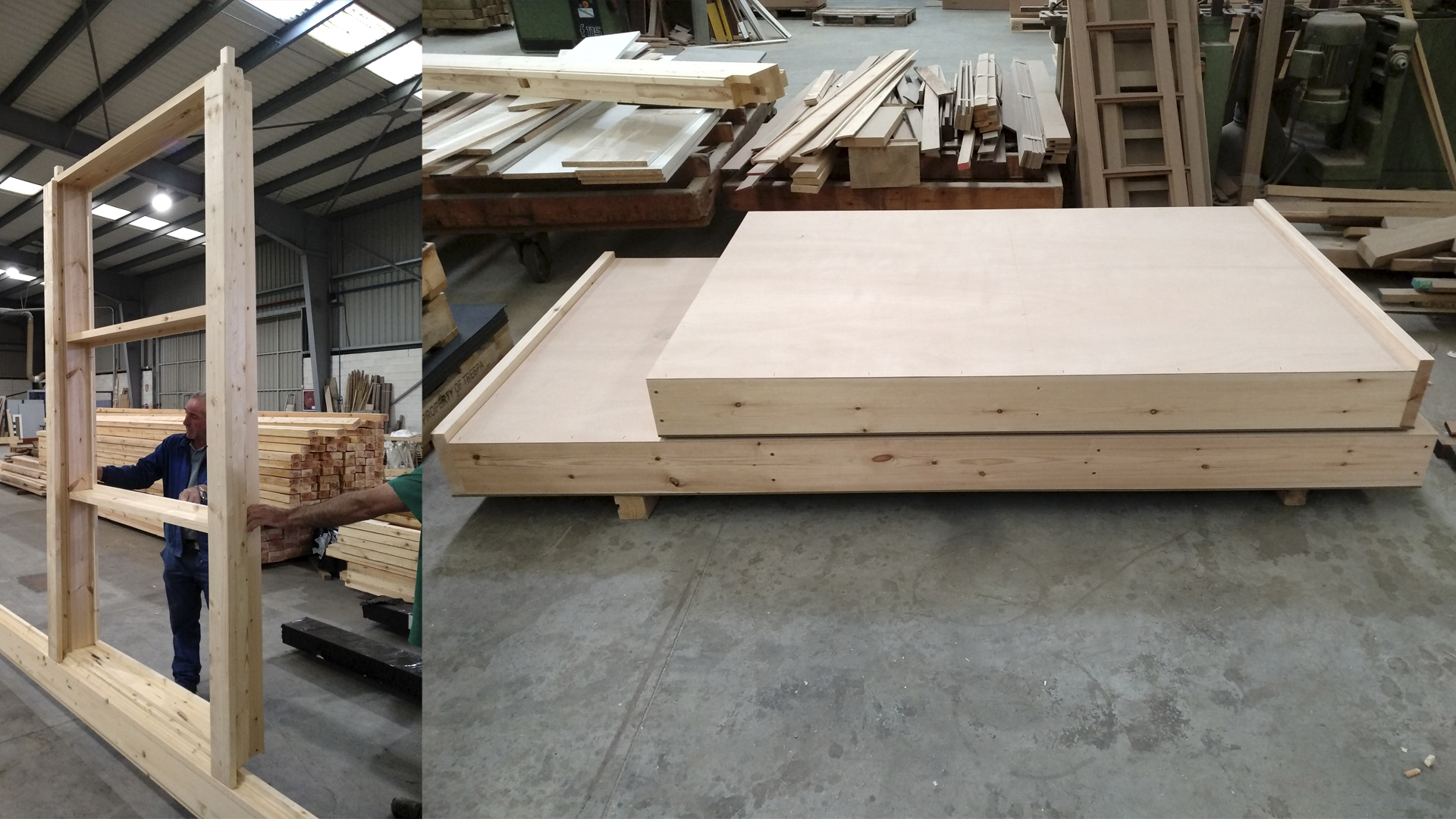 A good isolation is essential to achieve good confort inside the house. The isolation of 15 cm of mineral wool will be placed in walls, floor and ceiling. If the climate is extreme, the isolation can be increased without any limit. 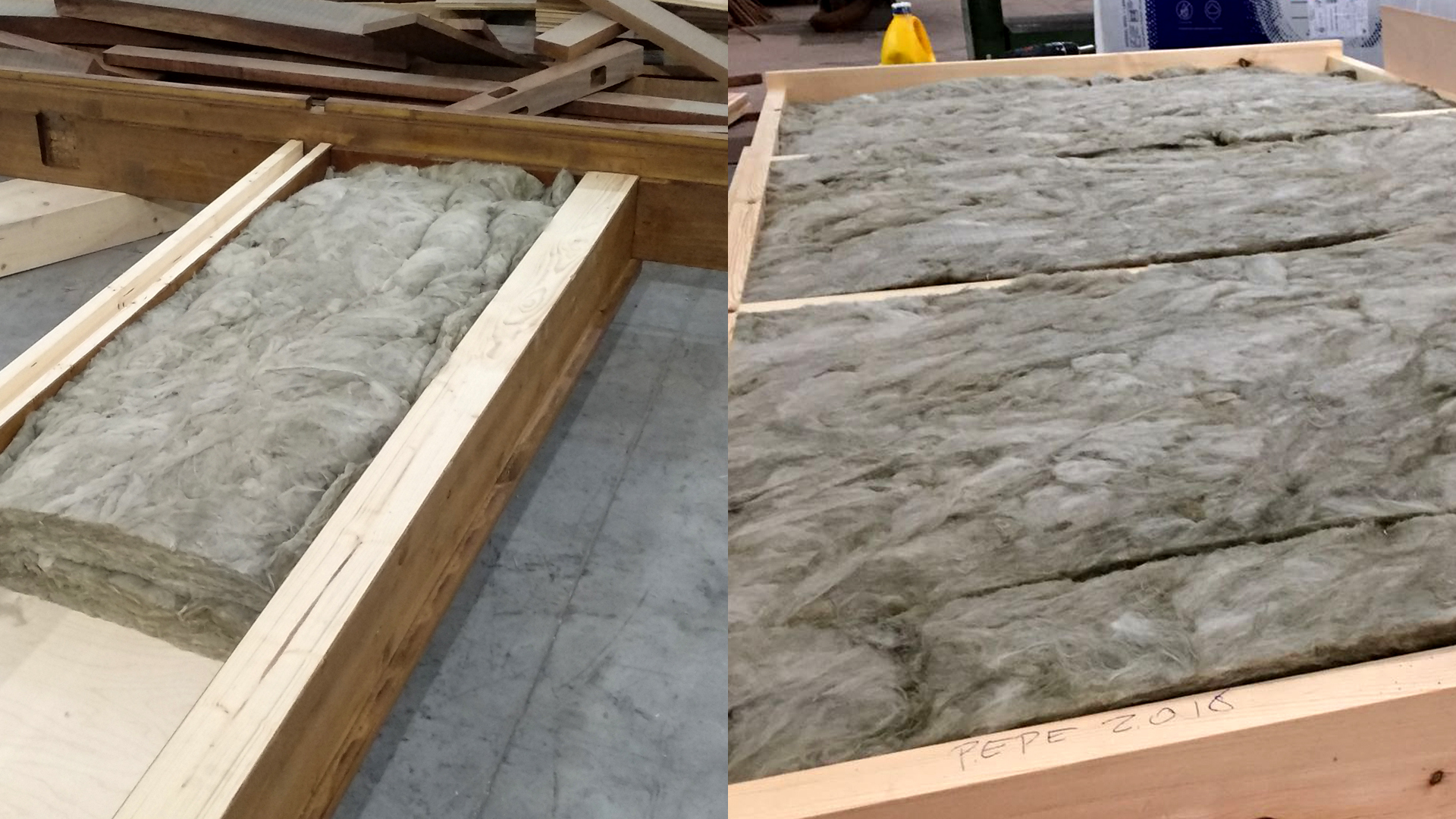 the components of the facade

This house has got a high configuration and that is why the facade is composed by three elements. The base of the facade is a fenolic board and it can be found in the centre srewed directly in beams and pillars. The second element is the interior module of the facade. Here you can find the isolation and the interior finish of the rooms. From the interior it fits in between beams and pillars and forms an air chamber with the base board. The third element is the module of the ventilated facade. In this house the exterior finish material is wood-cement; it is fitted in from the exterior between beams and pillars, and forms a second air chamber with the base panel. This exterior air chamber has got an advantage of being able to be open or closed, in this way when it is open it operates as an ventilation chamber in summer, and when it is closed it operates as an isolating chamber in winter. This has repercussions in a interior comfort and in saving a lot of energy. 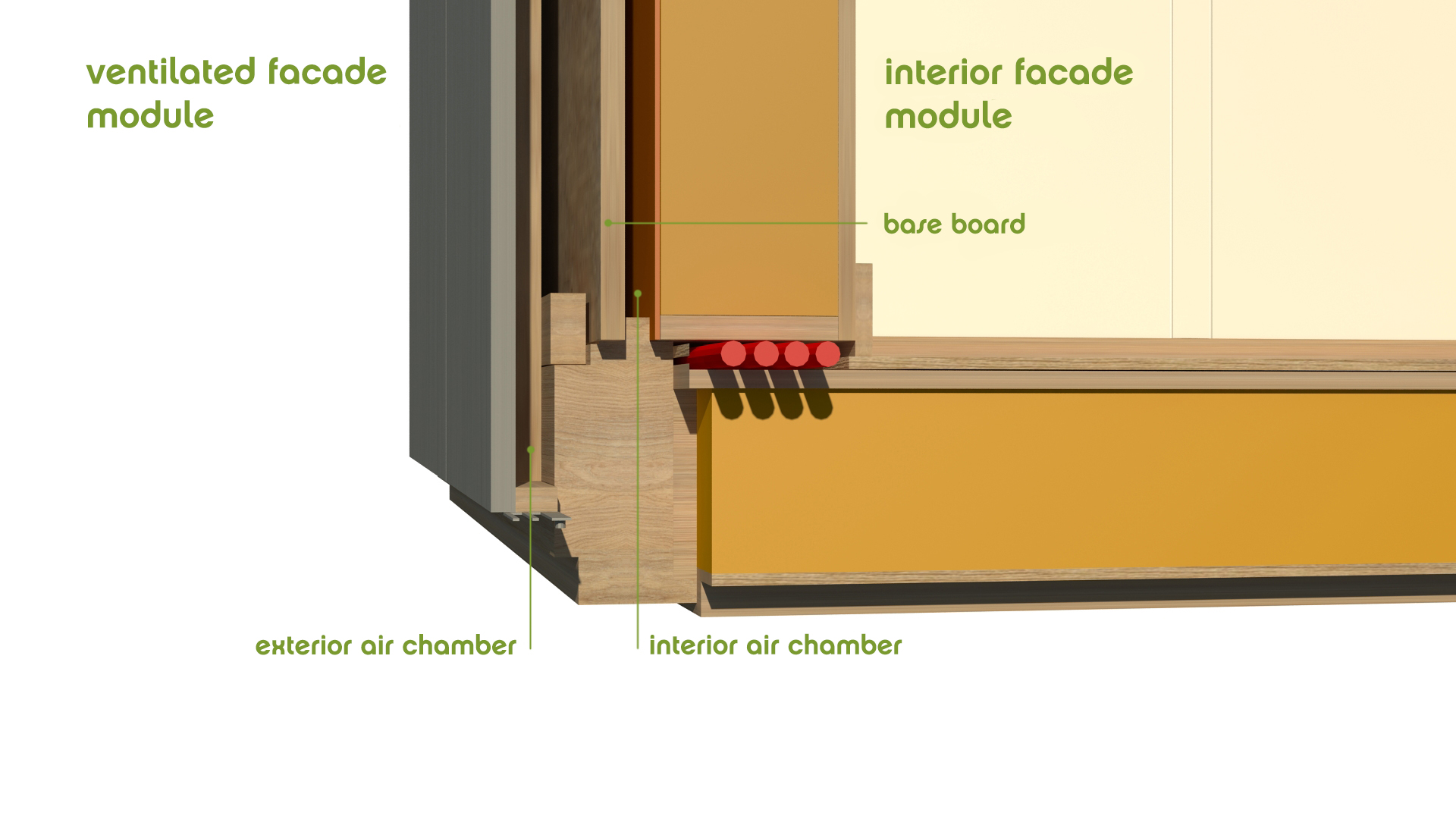 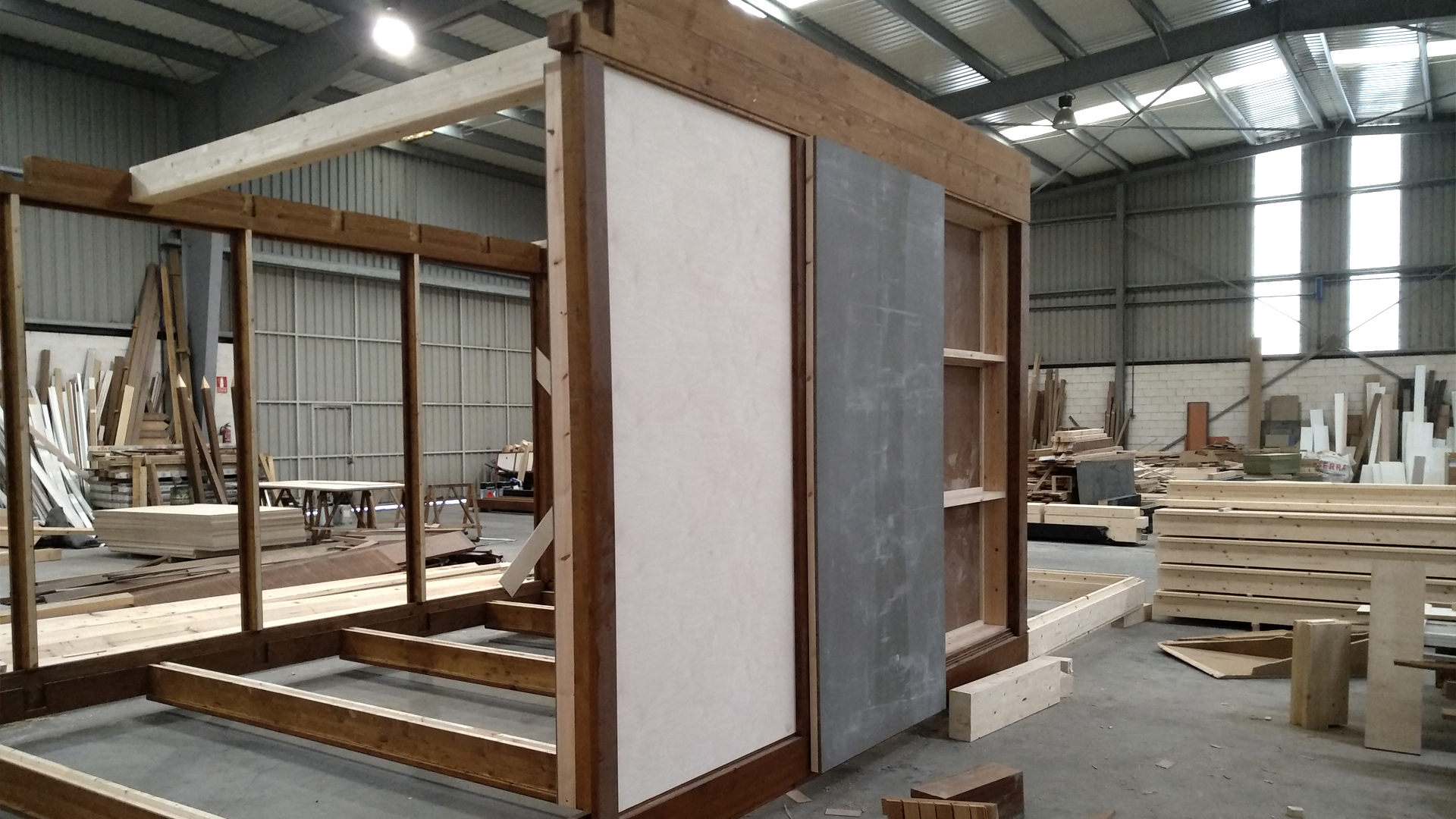 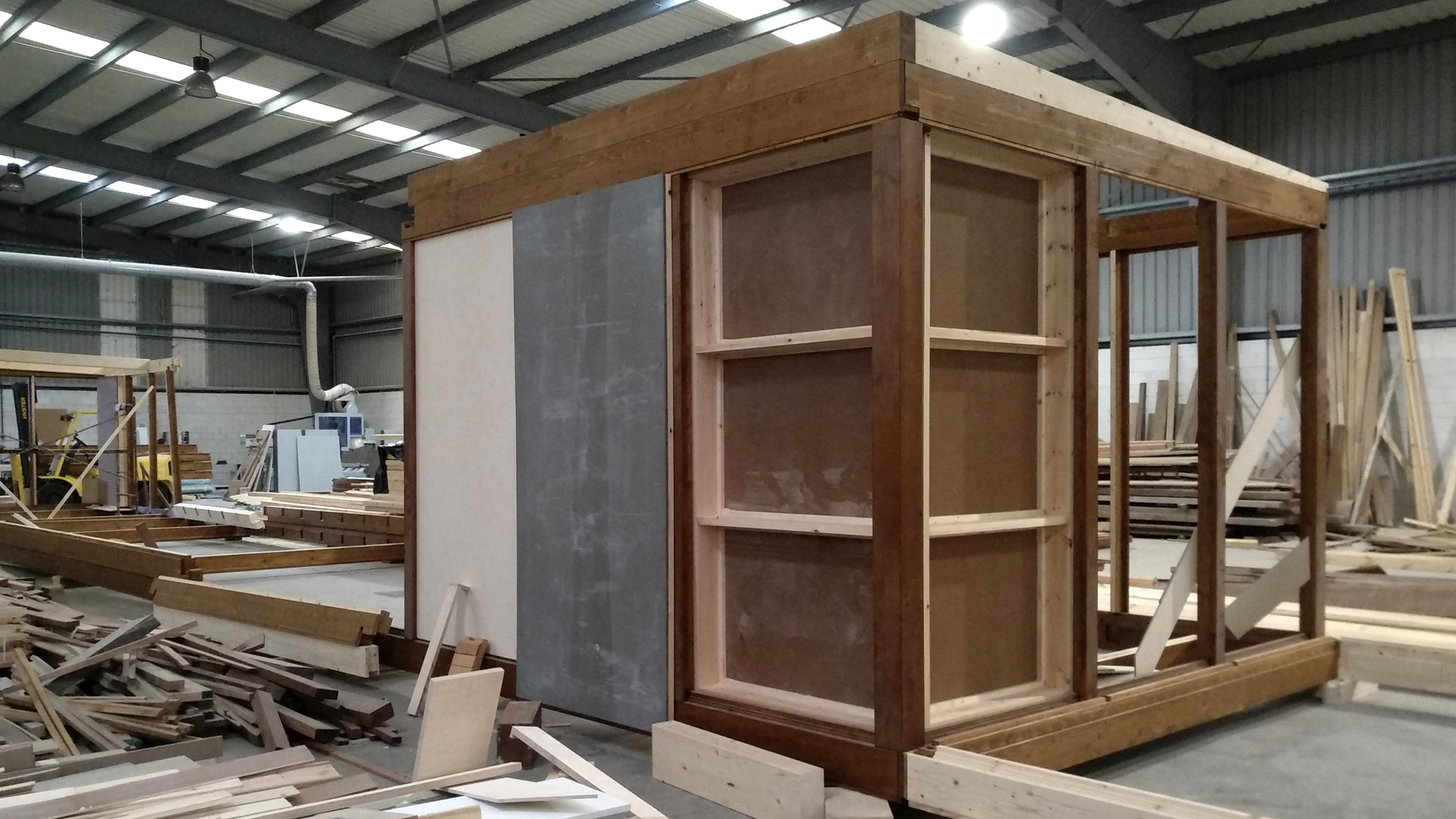 We continue producing the remaining componets of the house and each one will fit in perfectly, first with the structure and second with one another. To be continued…